I began working at Goodwill in July of 2012. My first day on the job was at a managers retreat. Of course I knew no one. How interesting that was! And it was! After the retreat, I followed another Employment Specialist back to her area for training for a couple of days. To this day I continue to learn all the time.  Not only have I learned what Goodwill is really all about, but I am always learning more about my job, about disabilities, and the jobs and the businesses in the area that I cover.

Several years ago, I had a couple of clients in the work assessment program. Both of them wanted to work on a farm. One of them also wanted to work on a chicken farm. I found 2 farms and a chicken farm for them to work on. They helped clean out the barns, if you know what I mean. One farm was rather large and this young person was introduced to the maternity barn. He walked around with the owner to check out the momma cows to see if they were in the process of delivering their little bundles of joy. Unfortunately we didn’t get to witness that miracle, but he did get to walk through the driveway where manure was stored in a large pile….pardon the pun, haha. It had rained and manure was running all over the driveway. As we walked through it in our boots, because why wouldn’t we, I asked if he knew what it was. He didn’t…until I told him. He also learned that there is a formula on how much mix milk and water to mix together to feed the calves. It depended on their age. He botte fed any new born calves in the maternity barn and filled the mixed milk in buckets at each calves hut in the area where they are being raised. The next individual worked on a different farm to clean out an out building where a few calves were kept. She is the one that was very interested in working on a chicken farm, as she had pet chickens and roosters. I found her a chicken farm! Her job was to help process around 20,000 eggs in 2 hours. YES, that said 20 thousand! It was very interesting and it was all done by only 5 people. Everything from releasing the eggs from the coop, to rinsing, inspecting, weighing and packaging the eggs was all done in 2 hours. She was actually hired! Both of these individuals and a few others from that area also worked in a feed mill where we learned how to mix grain, bag it, weigh it, and sew up the bags before stacking them where they belong..

Some other assessment sites that I have taken people to are places that do car detailing, working in laundry at a motel, cleaning every window inside and out at a church, stocking at a local grocery store, dishwasher at restaurants, our local Goodwill Store, a toy shop that makes wooden toys, and at a manufacturer that makes couplings for tanker trucks. These are just a few of the places that clients wanted to try and it has been very interesting!  I have taken tours of other businesses and it is amazing the things that you never knew was done or how they do it at those businesses right in your back yard.

There have also been many clients that I have helped find employment. Some of the businesses that hired them include the business that makes the couplings (this person graduated from Hiram G Andrews with an associate’s degree and is doing data entry), 2 work in restaurants . One of those clients also attended Hiram G Andrews and the other one is legally blind. A second client that is also blind works at a different job. There is a young client from another town (also attended Hiram G. Andrews) and I helped them learn how to ride the transit authority bus. I went with them on the bus several times and they learned all of the stops, how to transfer from one bus to another, where to buy a bus pass and how to read the schedule. This person now uses the bus to get back and forth from the job that I helped them get through job coaching. Quite a few years ago I had a client that was a little older than most of my clients. He had also attended Hiram when he was younger and worked for many many years as a cook. I helped him get his job at the Goodwill Store. He worked for several years before having to retire. He was so fun to work with and there was an article about him on this site. I keep that article on the board above my desk. He stops in once in a while to see everyone.

Goodwill opened up an Attended Donation Center  (ADC)in another county where we don’t have a store. There was a new client in a different program that lived in the area and was set up to work there, so I became the manager of that donation center since I would be there a couple of times a week with them to help them learn to work. It made sense.  This client does an awesome job and I have enjoyed hiring, training, and working with the regular employee’s there too. Yet another client works in a different  ADC. My experience at the first ADC has helped me with this individual. His coworker pays attention and is learning some things that he didn’t know too. That’s a win win.

I have seen a few Employment Specialists come and go and now I think I am the oldest, both in age and in years with Goodwill. Mission Services has really grown. My story can’t end without saying that I have the best bosses! Everyone at Corporate is always so nice. When this Covid lets up and life gets to its new normal and people can do things again, I suggest that everyone goes to our corporate headquarters and take a tour. You won’t regret it! You have no idea what all we do, but I will leave those stories to be told by others that work with individuals in those areas. 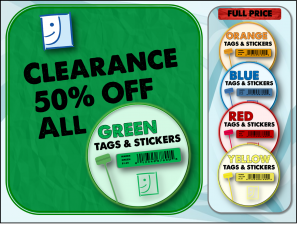 All of our donation centers are now open. We are asking donors to leave donations out side between the hours of 10am-6pm.

We are following all guidelines set forth by the CDC and Governor Wolf to ensure your safety and the safety of our employees.  You can find the details here: https://goodwillinc.org/update/

You can also support us by shopping online. Our online stores will continue to allow us to generate revenue to support our mission and over 700 employees.

Visit FundGoodwill.com to find all of our online stores and download our app!

Stay up to date on Sales and Events